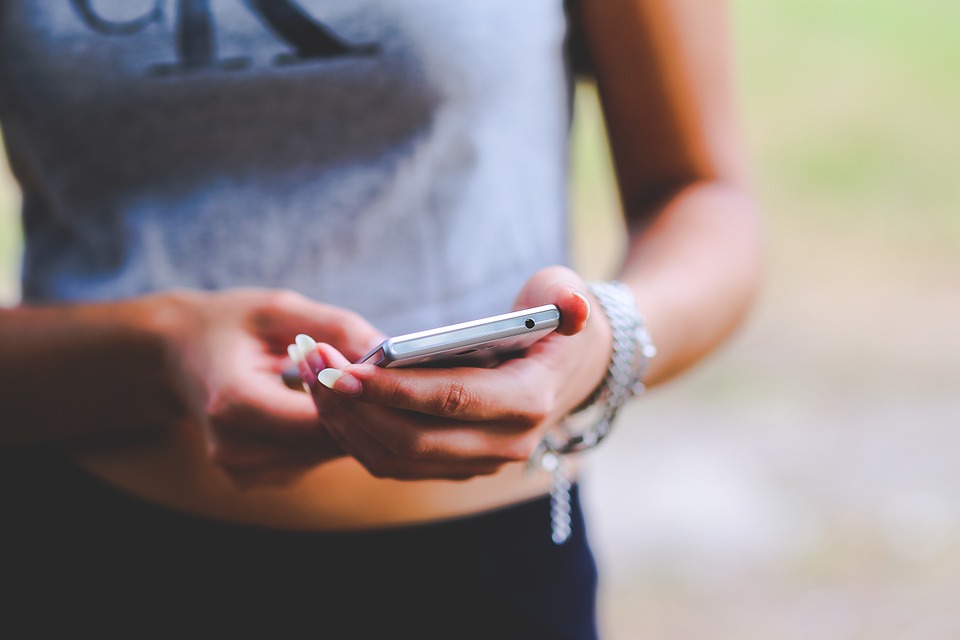 The article itself is nothing particularly groundbreaking. It rightfully warns of the risks of sending nude photos, advises to “leave something to the imagination” for more fun, and mentions a few crafty ways of responding to unsolicited sexual messages. The article also describes sexting as “a common way to flirt and express sexuality” and “a pleasurable part of a healthy sexual encounter.” At first glance, the article seems to be more or less a well-meaning attempt to caution students against the perils of sexting gone wrong.

It comes as no surprise that at a university which hosts a “Sex Week” (which in the past year involved a display table of sex toys in the student center), we discuss sexting as casually as the cafeteria menu. Within the last decade, American college campuses have come to embody a culture of toleration, where ideas of acceptance, inclusion and expression, including sexual expression, are boasted virtues alongside the quality of the academics. Sexuality, gender, and race have become the issues. If it is not at least mentioned, the trend of toleration culture can sometimes frame entire academic disciplines, from sociology to English to philosophy. And unsurprisingly, the constructivist, socially progressive worldview extends to the grave matter of sex—a lesson eagerly consumed by the impressionable on campus.

In an era of readily accessible technology and instant messaging, where Hollywood celebrities and Instagram models earn recognition through sexually suggestive photographs, where media enthusiastically glorifies the pleasures of casual sex, where casual sexual behavior is advocated by professionals as a “healthy form of self-expression,” it should not shock us to find that children are sending dirty messages to each other. And truly they are children—for most of Trinity’s freshman class, a nude photo taken less than a year ago would be considered child pornography under Texas law. These are girls and boys who have not yet grown into their bodies and who are not psychologically mature enough for a sexual encounter and all it entails. Many are driven by hormones and instinct, have no intimate understanding of their own fertility and biology, and have yet to learn what sex is as a meaningful expression of love. Yet the article treats sexting with the same gravity as a student’s exercise or sleeping habits, encouraging the young to view sexual encounters as a matter of personal preference for one’s pleasure rather than a serious physical, psychological, and moral decision, the impact of which is difficult to exaggerate. And most unfortunately, it will be young students, not the university, who will suffer as a result of such a casual public take on sexual ethics.

Here is a better way to express it: sexting is sexuality expressed at the other rather than with them, and the difference is apparent in the medium of virtual text alone. When someone sends a sexual message, the recipient can postpone their reply or fail to reciprocate the message altogether. In a live, person-to-person interaction, every act and response is immediate, vulnerable and current, requiring both parties to be completely present for everything. The nature of the moment is fleeting and therefore precious; the act has respect for the regular movement of time, and no pictures are saved to be exploited later. (In such a case, these images are inevitably used for arousal and excitement when alone, selfishly disregarding the other from the interaction.) Such a real experience is intimidating but raw, with no ability to doctor one’s image with posing, lighting, or filters.

Here lies that other aspect of love which is void from sexting: a sexual expression founded in love pays less attention to visual appeal. Scars, stretch marks, cellulite, age, or physical deformities matter next to nothing to healthy sexual love, because the focus of the encounter is with the person rather than at their body. And while it is true that both sexting and healthy sexual expressions require a certain level of vulnerability, the people who send nudes and risque texts are not exposing themselves naked like a newborn babe to the mortifying experience of being known and therefore loved. Instead, they render themselves vulnerable in a fundamentally different way, like a hooker for her client—to be subjected to use.

This hardly touches upon the devastating consequences that come from such use and misuse. Beside the irreparable damage that can happen to one’s reputation if he or she trusts the wrong person, there are the subconscious teachings they absorb. Girls learn how to use the power of their bodies to please a man’s sexual appetites, then mistake that for being loved. Boys learn that viewing pornography and confronting women sexually is acceptable so long as she says she consents, regardless if either party is mentally prepared. In every case, a lewd sexual dynamic is misunderstood as necessary in a loving relationship—possibly becoming what a romantic relationship means. Sincere love is conflated with desire.

As these persons grow and mature, they learn better and more efficient ways to use one another to achieve the same “high,” falsely believing that such expressions are part of “identity” and “freedom of self-expression.” They use apps like Tinder and become serial monogamists (or sometimes date multiple people at once), flirt meaninglessly with a rotating circle of people, mistake gestures of kindness for sexual advances, and spend exorbitant amounts of time on the Internet with people they have never met in the flesh. There are clubs and crowded, sexually-charged parties filled with people dancing at one another, simulating sexual acts and advertising their body as the object of erotic fantasy.

Unsurprisingly, these habits will develop into porn addictions. More than that, they warp what it means to date a person—rather than investing in a person with hope for a future together, people become hobbies with sex as a number on their to-do list. Sex itself is no longer intimate, but routine. The goal? Certainly not concern for the other’s dignity, or helping one another to live good, healthy lives, but personal satisfaction at the other’s expense. Having so harmfully misused their sexuality for pleasure rather than love, the same people find themselves struggling to bond with their future spouse, tolerating borderline toxic or abusive behavior, or resorting to riskier, thrilling yet dangerous sexual acts to regain their sensation for what sexual excitement used to be. And when someone commits a far more heinous crime of use, an act of sexual assault, we wonder where they ever got the notion it was acceptable to use another human being.

It used to be that casual sexual behavior like sexting was embarrassing and shameful. It certainly was not always sponsored by universities as normal behavior or “healthy” expressions of self. But now such habits are not only discussed openly, but they are unabashedly celebrated. The article from Trinity’s Wellness Services is only a microcosm of the culture at large, where the subject of “self” has become an idol, consequently justifying a hedonist morality based primarily on pleasing the self. Like art, the measured value of sex is no longer rooted in its true loveliness, but instead what it relatively means as self-expression. It is not about creating something beautiful, but how it serves oneself personally. Persons commit sacrilege with their bodies, the good and beauty of sex becomes void of its original sacredness, and selfishness becomes virtue. One can only hope that the young will see through such a lie before all dignity, respect, and love is lost completely.

Diane is a freshman at Trinity University majoring in Philosophy and Russian studies. She is the Vice President of the Tigers for Life, active in the campus Catholic Student Group, and works for Trinity's philosophy department. As a contributor to the Tower, Diane primarily focuses on social conservatism and philosophical or ethics-based questions. When she isn't writing, Diane enjoys playing guitar, creative writing, and reading Russian literature. View all posts by Diane Fournier

4 thoughts on “Sexting and Selfishness”