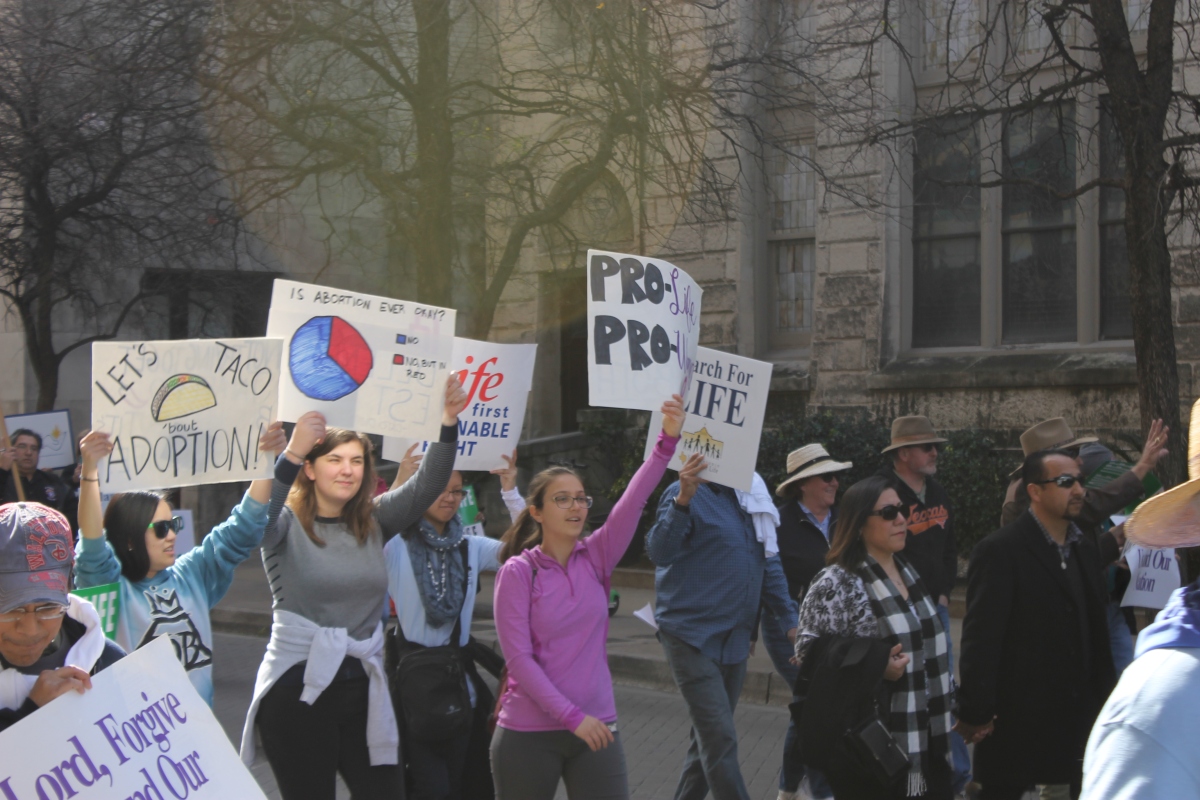 In the past, SAFA has attempted to get permits from the city of San Antonio to host the event at  Alamo Plaza but has been unsuccessful. In his remarks at the rally, Patrick Von Dohlen, president of SAFA, attributed their success this year to the legal assistance of a SAFA supporter who is an attorney. Last year, the rally took place in a grassy area off of San Pedro Avenue near Park North Drive due to scheduling conflicts with the event’s original location, San Antonio Milam Park. The march and rally drew a crowd of a few hundred.

In their remarks, Flores and McDaniel emphasized their offices’ commitment to the pro-life movement. Both Flores and Roy are currently in the beginning of their first term in office. Flores was elected in a special runoff election last year on September 18 after a first place finish in the first election on July 31. Flores is the first Republican to represent Senate District 19 since the end of Reconstruction. During his time at the podium, he focused on how his Catholic faith influences his pro-life convictions.

Abbott also spoke about how her faith shaped her views on abortion, relating how her favorite place to play growing up was her family’s parish Church. She talked about how her and Governor Greg Abbott’s experience adopting their daughter Audrey solidified their belief that a woman’s decision to place her child for adoption is a brave and selfless choice.

Luke is a Senior at Trinity University, majoring in Economics and Public Policy with a minor in Latin. He is the founding President of Tigers for Life, the Trinity chapter of Students for Life of America, and co-founder and former President of the Young Conservatives of Texas at Trinity University. He is the Editor in Chief for The Tower for the 2018-19 school year, focusing on increasing the size and quality of the publication articles, as well as the influence on campus and around San Antonio. View all posts by Luke Ayers