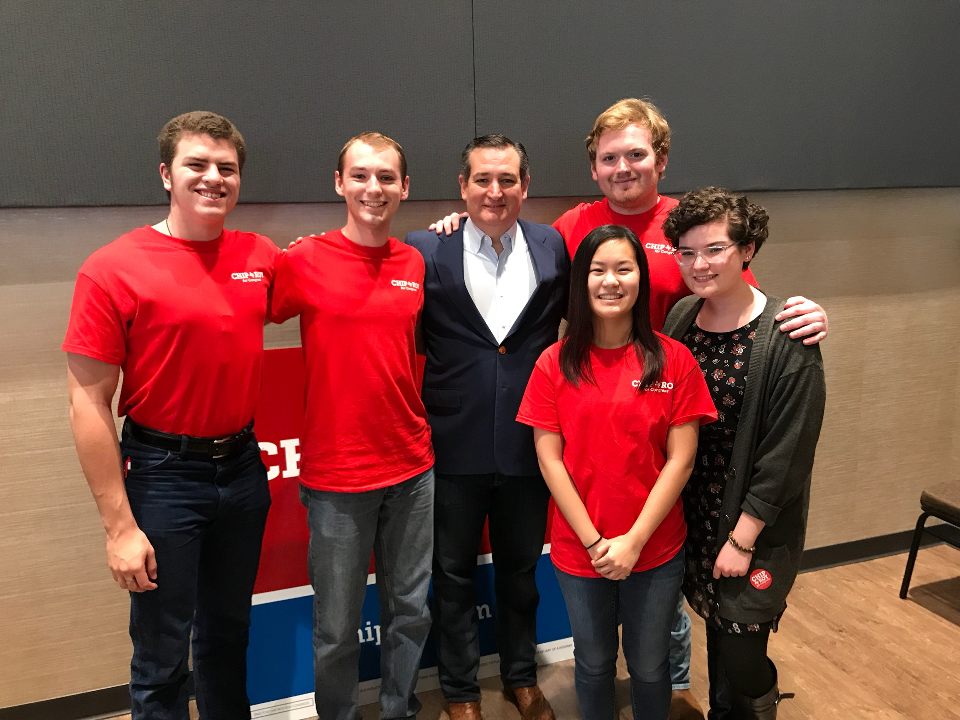 Disclaimer: The Tower does not endorse political candidates. However, our writers are permitted to express their opinions.

Recently, I had the pleasure of attending a campaign event for Congressional District 21 candidate Chip Roy. The event included a meet and greet with both the candidate and also Pastor Rafael Cruz—father of Texas Senator Ted Cruz.

Pastor Rafael Cruz gave an excellent speech, discussing both the victories and issues within Washington DC. He was able to set the stage nicely for Roy, who has served as the Chief of Staff for Ted Cruz. Roy touched on a variety of topics, answering questions about hot-button issues such as immigration and health care.

After his speech, Roy had informal talks with many of the attendees, including myself and the group of friends with which I attended. From both these discussions and his main speech, I was able to glean a lot of very useful information about the candidate.

Chip Roy—as is also described on his website—is a family conservative who has years of experience in the field. He has worked for big name conservatives such as Senator Ted Cruz, Governor Rick Perry, and Texas Attorney General Ken Paxton. However, his Washington and Austin experience have seemed to propel him towards to goal of changing things within the system, rather than becoming just another piece of the Washington cartel.

It is for this reason that I have decided to support and volunteer for candidate Chip Roy. Not only do I agree with his political philosophy of a reduced federal government that has a secure border and protects all human life, but I also see a great deal of genuinity within him.

It is not an uncommon thing to see politicians acting like, well, politicians. Saying whatever they think will get them elected, moving up the chain of connections, and promising things that they will never truly keep once in office are all traits that I do not see within Roy. The passionate way he converses about all the issues he cares about shows that he is more than just your typical politician running for office.

Chip Roy is very well versed in the ins-and-outs of both Washington DC and in the minutia of every policy. At the event that I attended, he discussed tax cuts, immigration, the debt ceiling, healthcare, foreign affairs, national defense, and numerous other topics. He never once gave a politician answer. Each of his answers directly responded to the question. Whereas most politicians talk around questions, Chip Roy answered them and that is something that I respect.

Chip Roy has the experience. He has faced off against the Washington machine and won.  Chip Roy most recently served as the Director for the center of the 10th Amendment at Texas Public Policy Foundation (TPPF). At TPPF, Roy wrote about the repeal of Obamacare, worked on the Article V Convention of States, the Trump Tax Cuts, promoted state and local control of education, the repeal of the Obama Era Clean Energy Plan that stomped out the coal industry, opposed raising the debt ceiling without reform,

Chip Roy’s experience speaks great volumes as well. Having passion and being genuine is important to me, but having knowledge of both the issues and the field is also a big piece in whom I look for when I go to the polls.

Chip Roy is going to Washington DC to be the next Ted Cruz, Mike Lee, Rand Paul and follow in the footsteps of the other great conservatives.

This combination of experience and authenticity is why I’m choosing to support Chip Roy for the 21st Congressional District, and I think you should too.

Maddie is a Sophomore at Trinity University, majoring in Economics with a concentration in Public Policy. She is on the leadership board of the Young Conservatives of Texas at Trinity University, opinion writer for the school paper The Trinitonian, and was a senator of the Student Government Association in the 2018 administration. As the Deputy Editor for the Tower, Maddie focuses on local and campus news of interest to conservatives, as well as continuing to build the publication. She is also Lifestyle Editor and will serve as Editor-in-Chief in 2019-2020. View all posts by Maddie D'iorio